This is the story of life on our planet, from its birth four and a half billion years ago, to beyond its end, a billion years hence.

During its history, our planet has been a ball of molten lava; a world of water; a jungle from pole to pole; and covered with ice miles thick.

The planet is restless.

Cracks open in the crust, spewing lava and poison gas. Asteroids fall from outer space, with catastrophic consequences. Yet life always emerges from each disaster more resilient than before.

This book offers a panoramic vista of how life began and evolved.

How the first animals crawled onto land to meet the first forests; of dynasties of dinosaurs that flew, and magnificent mammals, and even the unlikely story of ourselves.

How the human species was almost wiped out only to survive and thrive. So much so that humanity is changing this planet’s face.

But life will roll on even when humanity is gone. Yet nothing lasts forever. In a billion years’ time, life will face its greatest challenge: a combination of increasing heat from the Sun and decreasing carbon dioxide in the atmosphere.

It will respond by fusing into a single, planet-wide super-organism. And it will fail.

The message, however, is one of hope.

Even though the human tenancy of the planet is fleeting, it is a noble thing to leave the planet in as fine a state as we found it.

For Earth abides, and Life is living yet.

'Henry Gee’s whistle-stop account of the story of life (and death — lots of death) on Earth is both fun and informative. Even better, it goes beyond the natural human inclination to see ourselves as special and puts us in our proper place in the cosmic scheme of things.'

-- John Gribbin, Author of In Search of Schrödinger's Cat

‘This is now the best book available about the huge changes in our planet and its living creatures, over the billions of years of the Earth’s existence. Continents have merged and broken up; massive volcanic eruptions have repeatedly reset the clock of evolution; temperatures, atmospheric gases, and sea levels have undergone big swings; and new ways of life have evolved. Henry Gee makes this kaleidoscopically changing canvas of life understandable and exciting. Who will enjoy reading this book? Everybody!’

‘Don’t miss this delightful, concise, sweeping masterpiece! Gee brilliantly condenses the entire, improbable, astonishing history of life on earth—all 5 billion years—into a charming, zippy and scientifically accurate yarn. I honestly couldn’t put this book down, and you won’t either.’

—Daniel E. Lieberman, author of The Story of the Human Body

‘A scintillating, fast-paced waltz through four billion years of evolution, from one of our leading science writers. As a senior editor at Nature, Henry Gee has had a front-row seat to the most important fossil discoveries of the last quarter century. His poetic prose animates the history of life, from the first bacteria to trilobites to dinosaurs to us.’

—Steve Brusatte, author of The Rise And Fall Of The Dinosaurs

Out now from Picador (UK/Commonwealth) 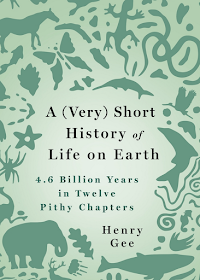 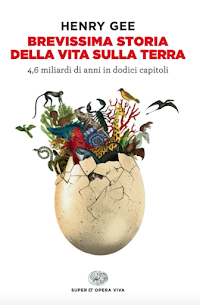 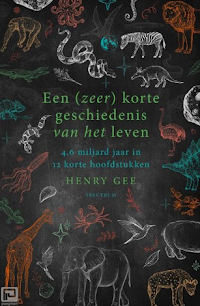 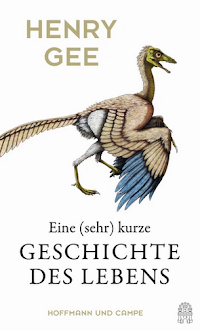